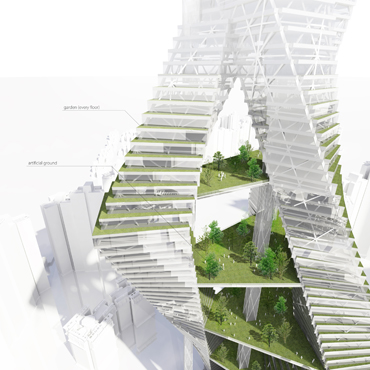 The ground is everyday affairs, traffic, people, pollution, politics. People work and live on the ground, shuffle through corridors, wait on roads, sometimes diving into the soil to speed up their transfer from one ground to another. But it is still on the surface of our world. The sky is freedom, heaven, a place to dream, wish and escape.
To escape from everything on the ground, we have to climb into the sky. Conventional skyscrapers allow us to elevate the ground and gaze out over the city, but we are always separated and enclosed. The dialogue is one-way; we cannot interact with or enter the sky. We are animals behind glass, unable to break free from the world below.
Escaper is an instrument for catching the sky. It avoids the eyes of the ground by twisting its body, its reflective skin presenting an image of the upper atmosphere. Escaper wraps and folds around itself, allowing the sky to be part of the building, and the building part of the sky. By making itself an element of the firmament, it eludes the eyes on the ground, even with it’s massive volume.
It is made from three buildings, which intertwine to create a shifting dynamic between volumes, functions and people. Between the three connected volumes, the sky is contained in a central space, punctuated by large floating gardens. Three vertical cores run through the gardens, allowing people to ascend directly to and between them. The five strata of artificial ground inhabit the sky and are meeting and gathering spaces for people from the three volumes. They are for everybody, a congregation above the city. The structure also allows for other escapes, providing another scale of garden. With each twist, on every floor, smaller gardens appear as floors are shifted. With these small private areas, people can have a private sky far away from civilization, a holiday in the grounds of a countryside house. Activity in the gardens resembles life in the world we know; people move around in the large public gardens during the day, and finally retreat to a private setting at the end of the day.
The three dividing and converging buildings that comprise Escaper vary from one another in function and character. By connecting these buildings to each other by means of the large artificial gardens, these functions and characters can merge, activities mixing and finally inspiring a new movement to occur in the sky. In a conventional skyscraper, all functions are piled vertically, stacking up on each other to the point that we can rarely understand the many different activities on the other floors. We may be vertically just a few meters away from a situation that we are completely unable to comprehend. It is an insular approach, sealing people in to their compartment and not allowing interaction or cross-fertilization. With this method of juxtaposition we can rarely gain new experiences, and it leads to the monotonous repetition of everyday tasks. It serves only to make a dull, depressing and inhuman life for everybody working in the building.
Escaper seals itself from the ground, but opens itself to the sky. In the captured section of the atmosphere, escaper mixes and merges function, activity, context and life to create a rich canopy of happenings.
The structure promotes communication and interaction, while simultaneously supporting private, intimate spaces that can be used for personal reflection or private encounters. The dialogue is between people, sky and volumes, and these are detached from and unknown to the world below. 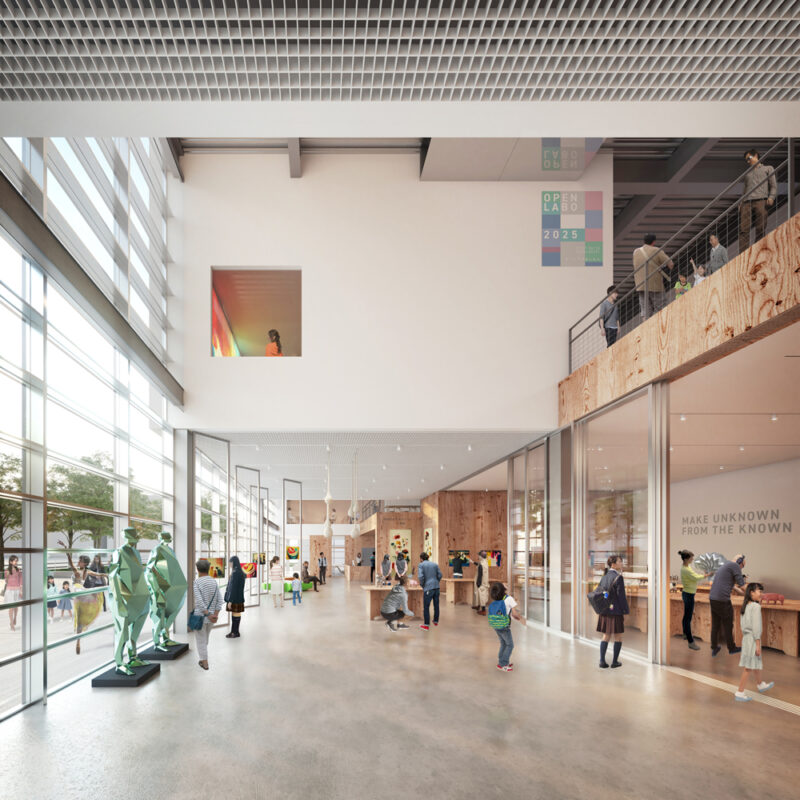 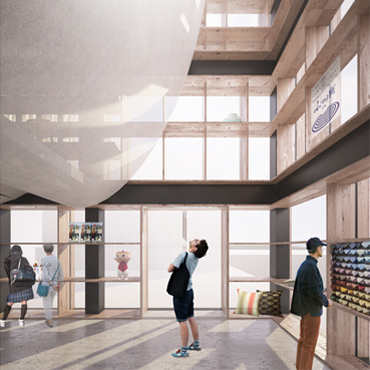 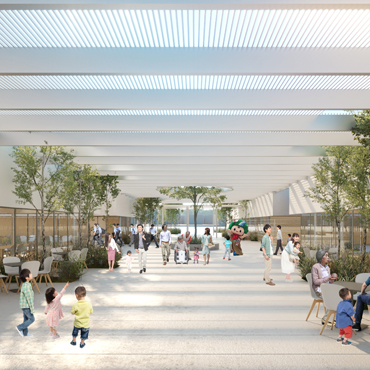